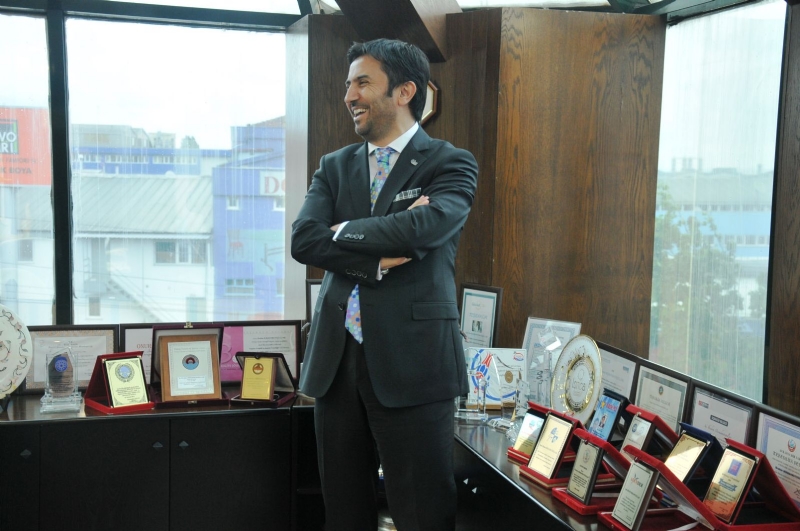 MESSAGE FROM THE CHAIRMAN OF THE BOARD

Mir Holding was established 35 years ago. The philosophy of our first company was shaped on R&D (research and development). Our first R&D output was on "pipes" and Dizayn Group was born from here. Dizayn Group, our first industrial company, produces pipes from 20 mm to 8 m diameter and from 0.5 Bar pressure to 200 Bar pressure as of today.
Mir Holding has 15 companies operating in the fields of "pipe, agriculture, energy, building, defense industry".

We have production facilities for the pipes in Turkey, Azerbaijan, Russian Federation and Germany. Mrs. Angela Merkel has attended to the opening ceremony of our new established production facility in Germany.

At the same time MIR HOLDING is the shareholder and the member of board of the Istanbul University Technopark.

Mir Holding;
- It employs more than 50 PhD engineers, 25 professors, 150 researchers in total, in the field of R&D alone. Return to production in terms of the number of patents is a leader in Turkey.
- It has more than 100 patents, 70% of which were converted into production.
- it has Turkey's largest private research laboratory.
- It successfully carried out the project (ten times stronger, five times lighter material than steel) with the biggest budget of the defense industry (10.2 million USD). It is the third company with this technology in the world, after America and Canada.
- Successfully completed the European Union's largest budgeted (49 million Euros) R&D project (smart and green city) and turned it into an industry.
- The GREENHOUSE CITY Project  investment of 2 billion USD is progressing rapidly in Eskişehir.
We achieved this success with all our stakeholders. I express my deep thanks to them.
Ibrahim Mirmahmutogullari
Chairman of the Board of Mir Holding